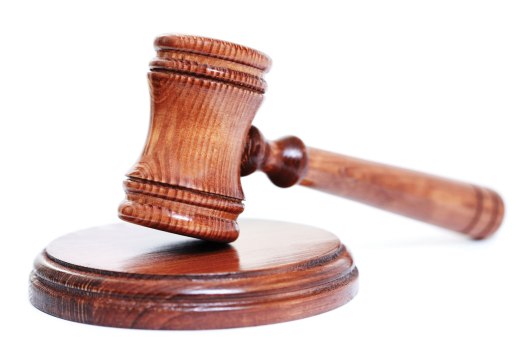 The Motion to appoint a mediator in the Caesars Entertainment bankruptcy suggests that an unnamed “sitting bankruptcy judge” be appointed. And filings by others in support of the Motion agree.

The unnamed “sitting bankruptcy judge” suggestion seems to be common in many cases. But there is a better approach.

Let’s begin by stipulating as follows: sitting bankruptcy judges are superb professionals and wonderful people. And I can confirm this stipulation to be true in the courts where I practice!!!!

But such stipulation does not mean that any particular bankruptcy judge is a trained, seasoned, skilled mediator.

How many “sitting bankruptcy judges” have taken a mediator training course? I don’t know — but here’s guessing the answer is, “not many.” Any training deficiency is, of course, remediable for any judge inclined to take the training.

A significant problem with the unnamed “sitting bankruptcy judge” suggestion is this:

These two roles are polar opposites.

Nevertheless, some judges in courts of every type demonstrate a third-party-neutral aptitude for helping parties toward settlements. And some bankruptcy Judges have performed well in recent times as mega-case mediators.  Such judges, when properly identified, are excellent mediator appointments. But the “sitting bankruptcy judge” category is much too broad.

What disputing parties need in their mediator is this: a professional with mediation training and a ba-jillion experiences and successes at helping disputing parties reach voluntary settlements. A sitting bankruptcy judge may qualify under this standard — but the judicial position, in itself, does not assure qualification.

It seems the rationale behind requests for an unnamed “sitting bankruptcy judge” is this: the judicial status brings a weight of authority to the mediation process. Unfortunately, weight of authority is not one of the characteristics of a highly trained, seasoned, skilled mediator.

Rather than weight of authority, mediators need weight of judgement:

— in sensing what each party needs and wants and hopes and fears
— in knowing how to move a party in a rational settlement direction, without manipulation
— in knowing when and how a party needs to hear a hard truth: this is difficult because, (1) sometimes attorneys want the mediator to be very direct with hard truths, because their clients won’t listen to them, but (2) the same attorneys will be offended when the mediator moves outside a neutral posture

Finally, what is the significance of this information: a bankruptcy judge recently spent many hours mediating a settlement among multiple parties, and did so “without compensation”?

–Are requests for “sitting judge” mediators designed to avoid paying a fee?!
–Are sitting judges moonlighting as mediators — for free?!

If so, shouldn’t someone be compensated for such non-judicial activity? How about the entity that pays the judge’s salary?  Can someone fill us in on what’s going on here?

Action Item. Any party seeking appointment of a “sitting bankruptcy judge” as mediator should identify the desired judge and provide information on that judge’s mediation training, background and experience — and disclose the compensation arrangements.

PRIVATE EMAIL RESPONSES — source names are not provided because the emails were sent privately:

My general thoughts on “unnamed sitting judges” are this:

By specifically naming the judge, it creates the opportunity for argument or dissension; politics creeps in.  It’s like once a judicial nominee is named, the posturing immediately commences.

Bankruptcy is mysterious to most people; an outlier legal specialty and people have confidence that a sitting bankruptcy judge must surely know the issues whereas a “run of the mill” mediator may not know a preference from an indubitable equivalent. They have subject matter credibility.

Also, I think you are right about the weight of authority or gravitas issue.  Most parties who find themselves in the position of needing a mediator are absolutely convinced that they are right.  Therefore, they believe that this authority figure who knows bankruptcy issues is surely going to come down on their side. Forget impartial, balanced fairness, they want their position vindicated.

The “no fee” issue is interesting.  I am slightly amused at the idea of a “sitting unnamed judge” submitted a fee application.  I agree that these highly capable people sitting as bankruptcy judges are currently experiencing a dearth of cases potentially resulting in boredom.  Perhaps this motivates a volunteerism where they believe they could be useful in their professional discipline.  But you’re right, that could quickly change, with an influx of filings and then their judicial obligations would have to come first. It’s probably just human nature to get excited by “free”.  And with most sitting bankruptcy judges, one would be getting significantly more than that for which one has paid.

I appreciated your article as it has been a source of much frustration for me and many other practitioners I know over the years as the situation has worsened (i.e., you see more and more sitting judges mediating).  I think that the honest reason that parties ask for a sitting judge . . . is because there is the assumption that a sitting judge will be most likely to force a settlement . . . .  In my experience, practitioners generally have expressed (privately) their concern about what the “mediator”/sitting judge will tell the judge that is overseeing the ch 11 cases if they are the holdouts and what that may mean as far as their treatment in both the ch 11 cases at issue and in future cases.  It is for all of these reasons and many more that I think sitting judges should never be allowed to oversee mediations in their own districts (frankly, I think it should be generally frowned upon).  I applaud that you were willing to tackle this issue because it is one that deserves serious consideration and treatment!

I find requests for a sitting judge to mediate to be presumptuous and recommend against them. Also, I have had encounters where counsel told me that they wanted to make such a request to avoid paying for the mediator.

I’ve also heard of one instance where the parties reached out to a sitting judge and asked if that judge would be willing to mediate their dispute. They did so without the knowledge of the judge presiding over the case. That did not go well.

I’m not sure that a sitting judge could accept a fee for mediating a matter. It would seem to create conflicts for the judge. How could a judge possibly preside over cases where an attorney who sends him or her cases is appearing? I would contend it creates at least an appearance of impropriety for Attorney Swanson to appear in Judge Doe’s courtroom when Attorney Swanson just steered a paid mediation engagement to Judge Doe. What do you think of that point?

I agree that sitting judges are doing more mediations right now because they aren’t otherwise too busy. If the dockets get busier, they won’t have sufficient time.  But I disagree with some of your comments and assumptions.

5.  From a Sitting Bankruptcy Judge:

Lisa is correct on all accounts. I have conducted 100s of sessions in all types of cases and generally find they are hard work ( often it would be easier to preside at a trial) but I find the work rewarding and I enjoy it.

Confidentiality is absolutely essential but sometimes difficult in matters involving public entities that require votes or are subject to open meeting laws.

6.   From a Former Bankruptcy Judge:

Your recent post on the request for an “unnamed ‘sitting bankruptcy judge’” to be appointed in the Caesar’s Entertainment bankruptcy raises several worthy questions.  I am a retired bankruptcy judge with extensive mediation experience and training and share your concerns.  Here are my thoughts from both sides of the bench.

It’s safe to assume that most judges lack formal mediation training.  The judiciary offers a course, but is not offered every year; and, when it is, only a small group is able to attend.  Yet, despite their lack of formal training, many judges are willing to help parties reach a settlement.  Some engage in true mediation by allowing the parties to decide their own outcome; others will direct the parties to a result.  Which brings us to your second question:  Do judges act as “true” mediators?

Judges are in the habit of making decisions.  They do it on the bench and given the opportunity they will do it in chambers.  This orientation is a function of temperament, authority and the willingness of parties and lawyers to accept a directed result.  To put it another way, when lawyers seek a judicial mediator, they may not be looking for a neutral facilitator who, by training, experience and patience, will allow the parties to achieve an outcome of their own design.  They (and the presiding judge) might be looking for a judge who will fashion a directed outcome.

Naming one or more judges in a request for mediation would allow the parties to evaluate a judge’s qualifications.  But your concern goes beyond qualifications; it is really about the judges only approach.  You would like the appointment to be open to all who are qualified.  I agree.  Parties should insist upon an order allowing them to select a any qualified mediator.  The order could define “qualified” to include those who are judges, retired judges or those who appear on a vetted mediation registry.

Judges are paid to do many things, including mediation.  A judge may be desirable because of his or her skills and experience or because cost matters.  If the stakes are high, the cost of a private mediator should not be a factor.

This has been an ongoing discussion for some time now with mixed thoughts on it on many levels.  The points made are well taken and I would like to add some observations as a trained mediator.

There is no doubt that in certain instances judge mediators are highly effective.  Quite frankly, sometimes the authority they bring to the process (whether perceived or real) can be critical when dealing with certain parties who will approach the process differently as a result.

Some judges freely admit however that they are not trained as facilitators. They are trained as ‘deciders’.  This can be a problem and while many judges have taken one of the mediation trying courses like the St. John’s/ABI program, I submit that judges who are going to mediate be asked to do so, simply to impart knowledge regarding a much different skill set on them.

Judge mediators have become commonplace especially in recent years. Perhaps it is time to open a discussion on a protocol as to the use of judge mediators so issues and concerns on process and confidentiality can be more clearly defined. I believe this would give a higher level of comfort and credibility to the process for the parties and judges alike.

8.  From a California Mediator

9.  From a Kentucky Attorney

Many of us get insight into how a judge might mediate as we appear in front of them, or are familiar with their work.  Much less so for mediators unless you rely on one or  a small group of mediators over and over.  I do my best to let potential clients know that I can provide services at the facilitative, evaluative or transformative levels, and briefly explain them.  That only scratches the surface of how a mediator will handle your case, but it is more than they might know otherwise.

One thought on “What’s the Fascination With Requesting an Unnamed “Sitting Bankruptcy Judge” as Bankruptcy Mediator? (Updated on 3/3/16 with Responses)”