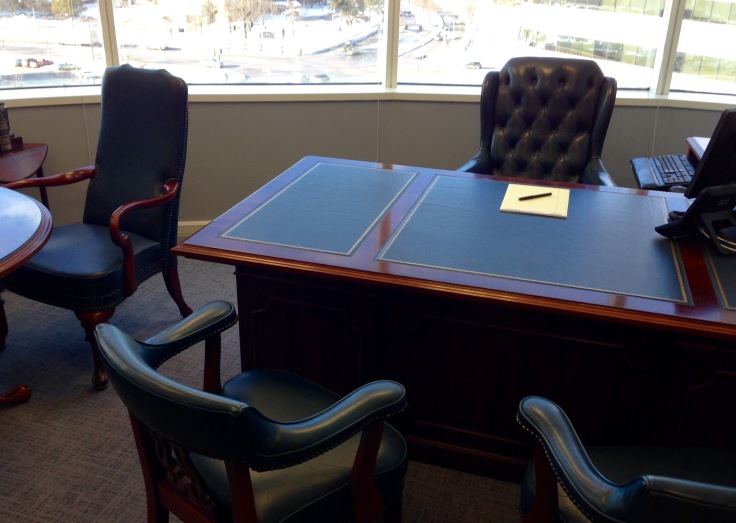 We have a staffing and caseload problem that’s waiting-to-happen in the bankruptcy world:

The number of bankruptcy filings is down, systemwide, and has been for several years. And budget pressures are on the increase.  As a result, bankruptcy vacancies (e.g., for judgeships, clerkships, panel trustee positions, clerk  of court positions, etc.) are not being filled.

So, when an economic recession recurs, we’ll have a staffing problem of major proportions throughout the entire bankruptcy system.  And this problem will manifest itself in burgeoning caseload pressures.

Mediation is a time-honored and proven tool for dealing with caseload pressures.

About a year ago, I published a two-part article titled, “If I Were a Bankruptcy Judge, I’d be Promoting Mediation Now.” In light of the developing problem described above, I thought we should revisit the article. So, here it is.

If I were a bankruptcy judge [I’m not and have no aspirations to become one], I’d be doing everything in my power to promote mediation in my court—right now.

For example, I’d adopt local rules on mediation, establish mediation requirements for adversary proceedings and Chapter 11 plans, look for cases where mandatory mediation orders might be helpful–and issue such orders, etc. Here’s why: to manage my future workload when bankruptcy filings pick back up again.

Granted, we are currently in an off-season for bankruptcy cases—filings are at low levels—and we’ve been here for a while. During this off-season, bankruptcy court support staff numbers are declining throughout the system, and judge vacancies are remaining unfilled.

However, history shows that this off-season will not last forever. The day will come [and, perhaps, soon] when bankruptcy court workloads will return to heavy levels. When that day arrives, support staff hirings and new judge appointments will take time to ramp back up.

So, I’d be promoting mediation now and getting attorneys accustomed to mediation as a standard dispute resolution tool in my court. Then, I’ll be ready for an increased work load when the season changes.

Action Item. We should all be encouraging our local bankruptcy courts to adopt local rules on mediation, establish mediation requirements for adversary proceedings and Chapter 11 plans, look for cases where mandatory mediation orders might be helpful–and issue such orders, and get the local bar accustomed to using mediation as a standard dispute resolution tool.

Here’s how a season change worked, as I recall, in the early 1980s: we are at the early stages of an economic recession, back then. The local Bankruptcy Court has one judge, one secretary and a few people in the Clerk’s office.

As the economic recession intensifies, the local Court’s workload explodes. Motion days occur frequently and are filled with a dozen-or-so hearings scheduled for every hour, all day long. To deal with case-load pressures, the local Bankruptcy Judge takes to ruling from the bench on affidavit evidence, without written opinion, at the end of every hearing. He simply issues and explains his ruling orally and moves on to the next matter, with a terse “Motion granted” or “Objection overruled” journal entry to document the action. He rarely takes a motion day issue under advisement for writing an opinion. He simply doesn’t have time to do so.

The Judge takes occasional grief from appellate courts for lack of written explanations, but he continues doing what’s needed to keep pace with workload demands.

During those days, a mediation-ish process develops among attorneys in this Judge’s Court. All attorneys in a dispute must appear at a hearing—if you don’t show, you lose. So, we all spend lots of standing-around time at every motion day, which leads to hallway discussions among opposing attorneys, who start settling their disputes while waiting for their hearing.

As time moves forward, most disputes scheduled for hearing on a motion day actually resolve by settlement in this way. There’s no sense waiting who-knows-how-long for a hearing and a ruling from the bench on a dispute the Judge will know nothing about until we explain it to him at the hearing.

Ironically, the judge actually serves a mediator-type role during this time: he brings disputing parties together, gets them talking about their disputes, helps them recognize a need to settle, and encourages them toward settlement (albeit, he does so in an indirect and round-about sort of way). Let’s call this old process, “hallway mediation.”

The hallway mediation days are gone. Telephone hearings and electronic filings killed them. While shortcomings in the hallway mediation circumstances are obvious, those of us who practiced there have a respect and nostalgia for the mediation-ish processes that flourished in that environment.

Action Item. We should all be encouraging every bankruptcy judge to promote bankruptcy mediation now, as a way to prepare for future days when the bankruptcy season arrives again.

What do you think about this developing problem and about mediation as a solution?