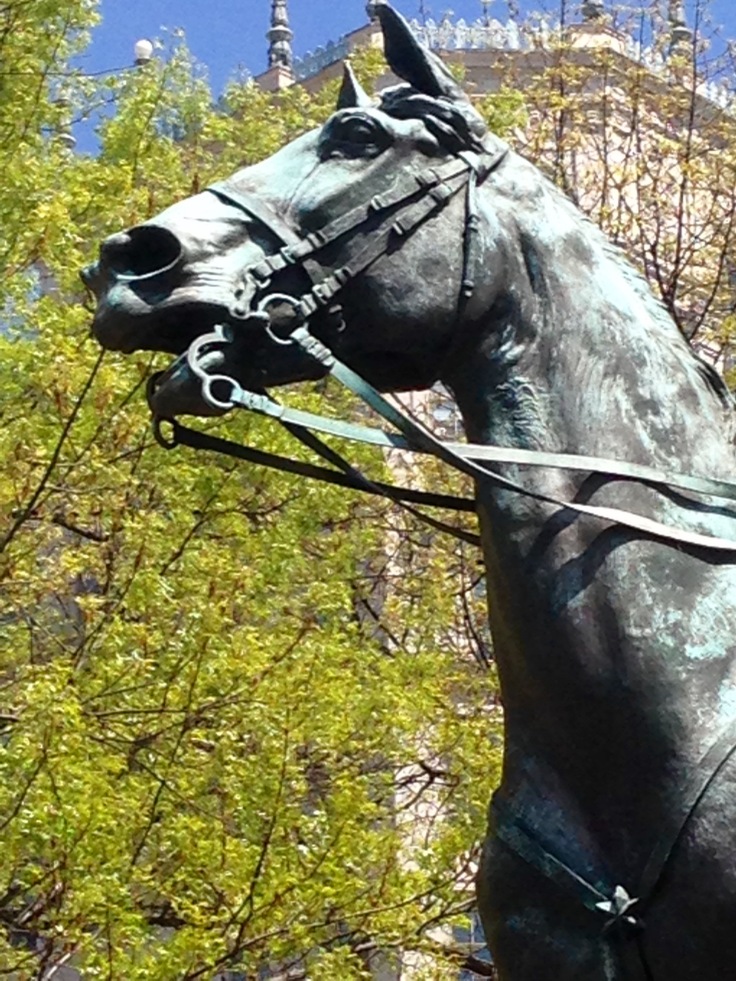 Mandatory mediation is a good thing [see, e.g., my blog post titled, “Local Bankruptcy Rules Without Mandatory Mediation are Like a Toolbox Without a Vise-Grip“].

But the words “mandatory mediation” refer only to a required process.  They do not suggest any such thing as compelled settlement or compelled concession or even compelled listening.

The operative adage for mandatory mediation is this:

“You can lead a horse to water but you can’t make it drink.”

Online sources say this is the oldest-known adage in the English language.  It dates back to at least the year 1175. The phrase appears thereafter, for example, in a play published in 1602 called “Narcissus“:

“Your parents have done what they coode,
They can but bringe horse to the water brinke,
But horse may choose whether that horse will drinke.”

I say this time-honored adage is sufficient authority for what should happen in a mandatory mediation in today’s bankruptcy courts. After all, our bankruptcy jurisprudence and jurisdiction hearken back to “the stuff of the traditional actions at common law tried by the courts at Westminster in 1789” (see, e.g., Stern v. Marshall, 564 U.S. 2 (2011 )).

“Good faith” in mandatory mediation means showing up for participation in the mediation as ordered.

So, what’s the point of mandatory mediation, if it isn’t to compel parties to do something beyond merely showing up?

Here are but-a-few of such points:

1. You never know. Many-a-disputing-party has shown up at a mediation session with no expectation or hope of settling. But lo-and-behold a settlement happens anyway.

2. Bluffing happens. Some people project a belligerent front in negotiations with the hope/expectation that such a front will scare/move the other side into a favorable settlement. After all, displays of bravado-without-substance are common in the non-human animal world. So . . . such actions probably happen in human negotiations too [not that I have ever done — or even thought about doing — any such thing!]. A mandatory mediation provides opportunity for bluffing parties to move away from belligerence toward resolution.

–Success/failure of a mediation session (particularly a mandated one) should be measured, instead, by the existence of progress toward a voluntary resolution.

–“The whole idea [of mediation] is to get the parties talking.” So says a speaker at a recent CLE event. The goal of a mandatory mediation should be to make progress on furthering communications between the parties: not to produce, as if by magic, an immediate settlement between parties-at-war.

Shouldn’t we treat people (in mandatory mediation contexts) with at least the same deference we afford to thirsty horses?